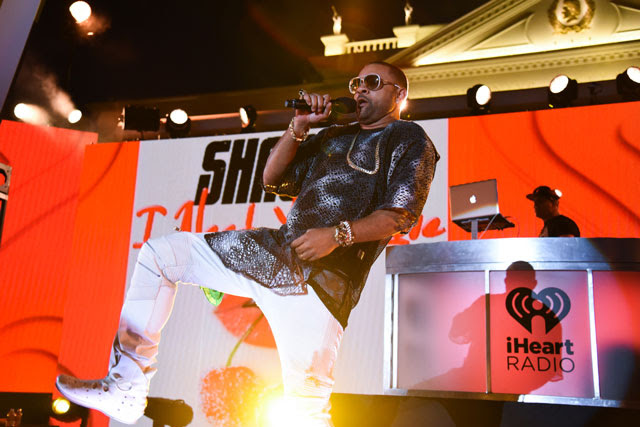 I am text block. Click edit button to change this text.

What better way to kick off the summer than with Nicki Minaj, Chris Brown, Kelly Clarkson, Pitbull, Jason Derulo and Shaggy? Yes that’s right the summer has begun and the concerts are popping up all over the United States with some of the ‘hottest’ artists for the summer and our dancehall/reggae icon Shaggy is on the line up with them all.

This past weekend Shaggy headlined two major concerts. On Saturday he was in Las Vegas, Nevada at the iHeart Radio Pool Party held at the Caesars Palace. Hosted by Nick Jonas, the concert, which was streamed live, featured some of music’s biggest stars including Chris Brown, Nicki Minaj, Kelly Clarkson, David Guetta and Shaggy. Shaggy served the crowd with hits after hits on the outdoor stage. Opening with one of his many classics “Boombastic” the crowd was thrilled.

“When Shaggy hit that stage the party got started, he has the perfect songs for any party especially a pool party” says Megan Wickerman of Detroit.

Shaggy served an electrifying performance and dug into his vast catalog with “It Wasn’t Me”, and “Angel”, which he performed with Rayvon, and his brand new hit sing ‘I Need Your Love’ which thrilled the bikini clad crowd.

It was now off to New York for the KTU Phoria concert held by KTU 103.5 FM at Nikon Jones Beach Theatre, Long Island New York. Filled with several thousand fans ready to see Shaggy, Pitbull, Kelly Clarkson and Jason Derulo just to name a few, rain was not going to stop this party. With the long cold winter that New York experienced, Shaggy was adamant that he was ready to bring the heat. Supported by his DJ Kue and Rayvon, Shaggy walked on stage to a warm warm welcome and ignited the crowd with his new single ‘I Need Your Love’. Drowned out by the audience singing the chorus it was evident that this billboard hit single is a staple for the summer clubs and concerts.

Shaggy who recently returned from his Austarlian tour, has a jam pact summer schedule. His next concert will be on June 6 at Xfinity Center, in Mansfield Massachusetts, where he headlines JAM’N 94.5 Summer Jam with Trey Songz, Natalie LaRose, Fetty Wap and Jordin Sparks just to name a few. Immediately following Summer Jam, Shaggy jets off to Colombia for another performance and continue the promotion for ‘I Need Your Love’, which is currently #73 on Billboard Top 100.