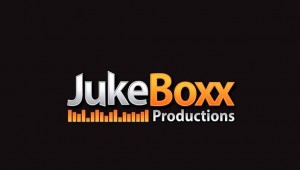 In response to the accusatory press release from ‘Turf Music’ dated Monday July 6, 2015, claiming lack of knowledge of Trinidad engagement; Juke Boxx Productions would like to respond with the following:

After the separation of Busy Signal from Juke Boxx Productions, all documents relating to Gordon’s business affairs, and future contractual obligations were turned over to his new management, including the above mentioned deposit amount due to him of US $22,500 for them to proceed with the engagement, at their own discretion.

Hot Pepper Entertainment’s failure to pay the remaining deposit amounts required, for all the artistes by the due date constituted a breach of contract, as per excerpt of the signed agreement below:

It is therefore rather strange, that Busy Signal and his new management team claim ignorance of this issue, when all details and amounts collected on their behalf were handed over to them. It is also our understanding that they chose to refund a portion of the deposit collected to the Promoter.

The Juke Boxx Management Team would like to caution, that invalidated accusations can be defamatory for which individual/s can be held liable through the courts as a consequence.