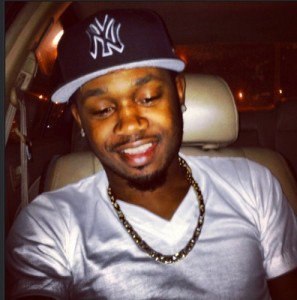 Dancehall artist, Kranium, who made waves on Billboard with his hit single, Nobody Has To Know earlier this year, has signed a deal with prominent American record label, Atlantic Records, according to reports Wednesday.

The Jamaican-born singjay, who is currently based in New York, joins a label that features many elite international musicians, including Bruno Mars, Janelle Monae and David Guetta, among others. Atlantic is also the label that propelled Dancehall superstar, Sean Paul to international super stardom, including his sophomore album, Dutty Rock, which went multi-platinum in the United States and won him a Grammy Award for Best Reggae Album in 2004.

“I’m extremely happy,” Kranium said in a statement. “The work will definitely become harder but this deal will not only help me but will also help the entire genre.”

The entertainer, whose real name is Kemar Donaldson, struck gold with Nobody Has To Know, which peaked at number three on Billboard magazine’s Next Big Sound chart and earned regular rotation on HOT 97FM.

Kranium was born in Montego Bay, but moved to Florida in  2005 before heading to New York the next year. He opened shows for the likes of I-Octane, Gyptian and Tarrus Riley before landing his big break.