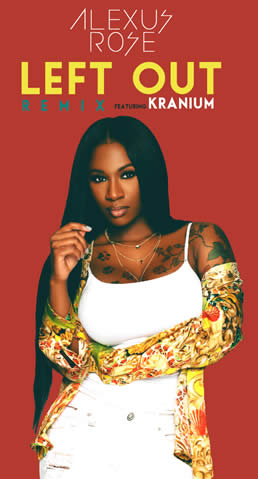 Billboard Producer Ricky Blaze the Soulful Alexus Rose & Dancehall Star Kranium with “Left Out” Remix
Making her name for herself since her arrival on the musical scene by working with billboard charting producer Ricky Blaze, soulful R&Bsongstress Alexus Rose vocal abilities rival some of today’s biggest stars. The young artist star power has been omnipresent in both her various singles and videos.

With a knack for creating hits and bringing rising talents to the airwaves, producer Ricky Blaze has never shied away from taking musical risks. He was once quoted as saying “Nobody wants to take risks anymore. Everybody wants to run with the flavor or spirit of the moment.”